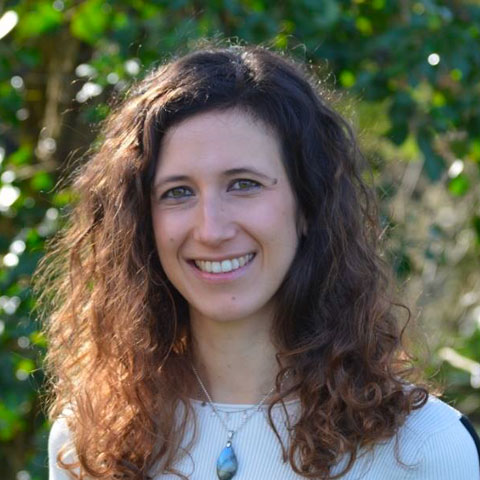 About a year ago, I attended an ‘Introduction to MedComms’ event organized by Peter Llewellyn in Oxford. I had just completed my DPhil in human genetics, during which I enjoyed working with patient samples in the lab and learning bioinformatics; however, I knew academia wasn’t for me. My group was great, but the research was very open-ended, and I missed having more specific and measurable goals. Looking back, although writing up my thesis was a challenge, it was also excellent training. I learnt how to convey negative and inconclusive results in a compelling and clear story, and how to comprehensively link pieces from the many interesting research avenues I had followed; however, I honestly never thought I could make a career of it.

Previously, I had only heard about medical writing through my best friend from the lab. She had started working as a writer and seemed extremely excited and accomplished in her job. But, from my perspective, not being a native English speaker was a deal breaker. Luckily, I decided to do some research and it quickly became apparent that I was wrong. Obviously, you need to fulfil some standards and have an advanced level of English, but there are many other relevant skills that are valued by the agencies. I decided to give the writing tests a go and I was extremely pleased when Oxford PharmaGenesis offered me a writing position. Ironically, after all my worries of not being a native English speaker, my line manager was French and my team had members from several countries.

It’s been almost a year since I began this journey at Oxford PharmaGenesis, and I cannot be happier; it is an excellent place to start your career. I’m part of an amazing team in which people unconditionally support each other, and the management deeply and truly cares about my development. The variety of work is another aspect that I love – I’ve worked in four different therapeutic areas, developing posters, manuscripts, a chapter for a scientific landscape and a systematic literature review. In fact, being a native Spanish speaker became an advantage in some areas – it granted me the opportunity to get involved in a key strategic project with a client in Latin America, helping the team by reviewing Spanish literature and leading a call with the client to discuss these publications. Alongside improving your writing and communication skills, working as a medical writer trains you to think differently (this isn’t academia anymore) and to wear your audience’s hat. As a writer, you will be pushing your ability to deliver complex information in a logical, simple and concise manner, which can be quite challenging but very rewarding too. Your work is reviewed as part of the job, which is a great opportunity to learn and keep growing as a writer.

Overall, I would highly recommend medical writing to anyone with a scientific background who truly enjoys communicating and who is looking for a job in which boredom is not on the menu.

This website uses cookies to improve your experience while you navigate through the website. Out of these, the cookies that are categorised as necessary are stored on your browser as they are essential for the working of basic functionalities of the website. We also use third-party cookies that help us analyse and understand how you use this website. These cookies will be stored in your browser only with your consent. You also have the option to opt-out of these cookies. But opting out of some of these cookies may affect your browsing experience.
Necessary Always Enabled
Necessary cookies are absolutely essential for the website to function properly. These cookies ensure basic functionalities and security features of the website, anonymously.
Analytics
Analytical cookies are used to understand how visitors interact with the website. These cookies help provide information on metrics the number of visitors, bounce rate, traffic source, etc.
SAVE & ACCEPT
Powered by