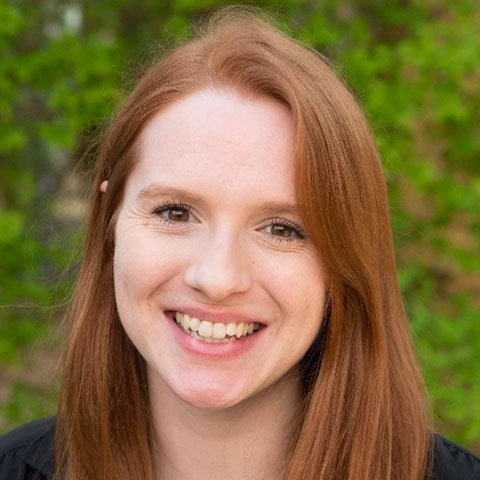 Approaching the end of my undergraduate degree in Biological Sciences, I was at a loss for what to do next. Most of my university friends were on 4-year courses and were sticking around for another year. I decided to job hunt in the same city so I could try and extend my student days through their lives for as long as possible. I applied for a Research Assistant position in the lab where I completed my third-year research project. I had not undertaken much lab work before, and during my 9-month fixed-term contract I discovered it was not as daunting as I initially thought. I continued my research career and went on to complete a PhD in Genomic Medicine and Statistics at the University of Oxford.

My PhD was a mixture of ‘wet’ and ‘dry’ research; a combination of bench-based experiments and bioinformatics. The initial learning curve was steep and exciting. I discovered I loved discussing science, whether that was in lab meetings and journal clubs, or at the various public engagement events I got involved with. What I also discovered, however, was that I disliked the uncertainty of academic research. Working with biological materials meant experiments were variable in their success, and successful experiments were needed for publications that would help secure future funding and positions. The positions themselves were also likely to be non-permanent, adding another layer of uncertainty. I wanted to explore other options that combined my love of science without the unpredictable bench-work, and I applied for an ‘insight into medical communications’ day at Oxford PharmaGenesis.

The insight day was not what I was expecting at all! I thought we would hear presentations about the various types of work (e.g. writing manuscripts for publication), ask our questions about ‘what does a typical day look like?’, and then we would wrap up. When really, after a brief introduction, we were split into groups and given a (fictional) request for proposal to develop a scientific congress. This included developing timelines and budgets and organizing the scientific content and agenda. It was one of those days where you turned to look at the clock and you couldn’t believe how much time had passed. I learnt that MedComms was a lot more than just publications!

I stayed in contact with Oxford PharmaGenesis and joined them after finishing a short post-doc contract wrapping up the loose ends of my PhD research. Even though I interviewed with the idea that I would be based in the Oxford office, I joined the company remotely in July 2020 during the COVID-19 pandemic. Initially, I was quite worried to be starting in a brand-new industry from home; however, the team have been so welcoming and I have been provided with all the support, training and guidance that I need. The work is varied, interesting and fast-paced. It can also be quite surprising; I never thought I would be developing GIFs for internal communications! For anyone thinking about a career in MedComms – go for it!

This website uses cookies to improve your experience while you navigate through the website. Out of these, the cookies that are categorised as necessary are stored on your browser as they are essential for the working of basic functionalities of the website. We also use third-party cookies that help us analyse and understand how you use this website. These cookies will be stored in your browser only with your consent. You also have the option to opt-out of these cookies. But opting out of some of these cookies may affect your browsing experience.
Necessary Always Enabled
Necessary cookies are absolutely essential for the website to function properly. These cookies ensure basic functionalities and security features of the website, anonymously.
Analytics
Analytical cookies are used to understand how visitors interact with the website. These cookies help provide information on metrics the number of visitors, bounce rate, traffic source, etc.
Others
Other uncategorized cookies are those that are being analyzed and have not been classified into a category as yet.
Functional
Functional cookies help to perform certain functionalities like sharing the content of the website on social media platforms, collect feedbacks, and other third-party features.
SAVE & ACCEPT
Powered by