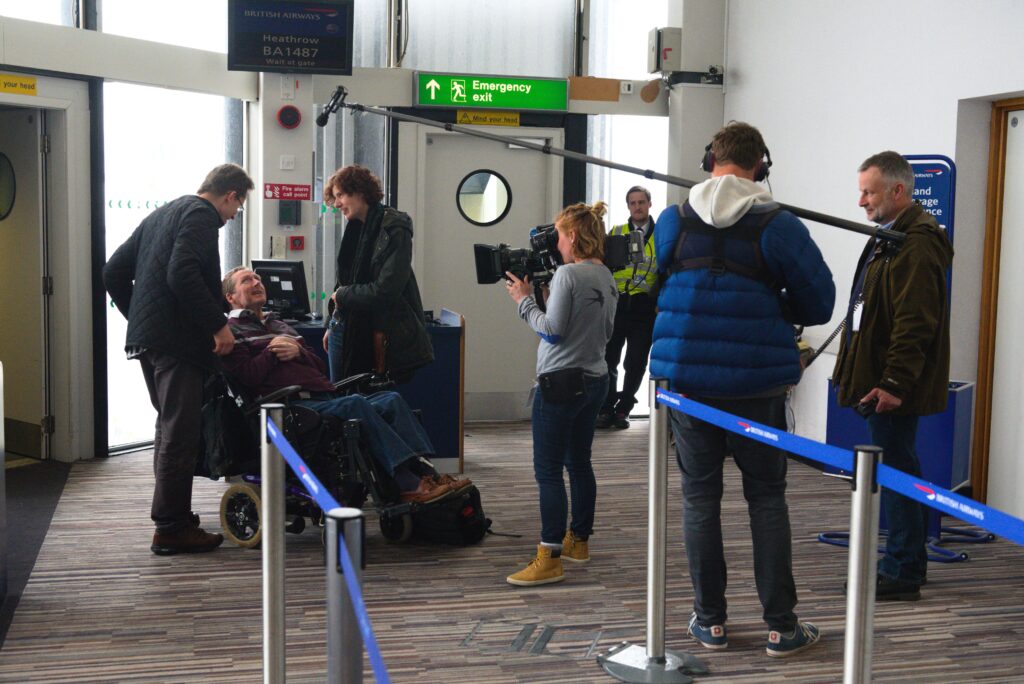 ‘Our Big MS Adventure’ was filmed over 12 years, with support from Oxford PharmaGenesis. It highlights breakthroughs in treatment, and milestones in the understanding of brain function, which have positive implications not just for those with MS, but for all people.

In the film, presenter Elizabeth Kinder – who received a diagnosis of MS in 2007 – meets leading scientists and neurologists searching for a cure at the cutting edge of medical science. Her appetite to learn more about this condition is driven by her need to be able to continue caring for her young daughter.

The scientific insights that Kinder gains are interwoven with personal stories of people living with MS, such as former Saatchi & Saatchi ad-man Al Fraser. A wheelchair user, Al dreams of returning to the Scottish island of Iona to see his friends there once more. The film follows Al as he travels back there for the first – and final – time in almost 40 years.

“The research we explore in the film has an impact that reaches far beyond people with MS,” says Kinder. “The therapies used to help us manage our symptoms are key to brain health for everyone.”

“The film represents a very long journey – but is also a surprisingly uplifting good news story. I was scared I’d be in a wheelchair by now, but thanks to new developments in treatment and neurological understanding, I can still walk miles with the dog every day!

“Our company is built around communication – and you could not find a much more affecting or effective message than the one that features so prominently in this film: hope. It’s heartening to witness not only the huge strides in treatments developed over 12 years, but also how they are genuinely transforming the lives of patients for the better.”